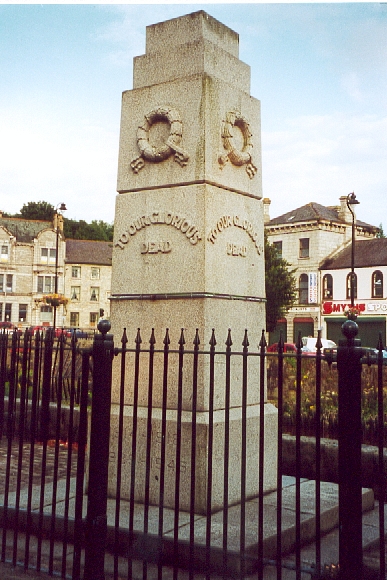 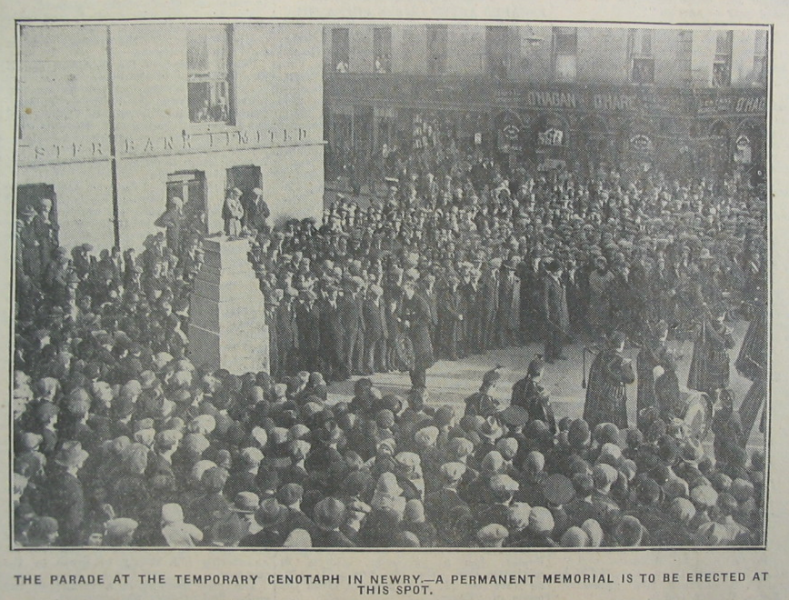 In 1930 it was finally decided to erect a permanent War Memorial in Newry to remember those who had fallen in the Great War. This was also to commemorate the men and women from the greater Newry who had volunteered and served.

The War Memorial was erected at Trevor Hill in 1938 and later relocated to its present site by the Crimean cannon on Bank Parade. It was decided not to inscribe the names of those who had been killed or served in the war because of the cost involved and the embarrassment, if after the names were engraved, it was found that someone had been overlooked.

Prior to this a temporary cenotaph was erected for Armistice Day.