This page contains five images, the names of the FALLEN and a report on the two unveiling and dedication ceremonies. Additional images available on request to uwms@outlook.com 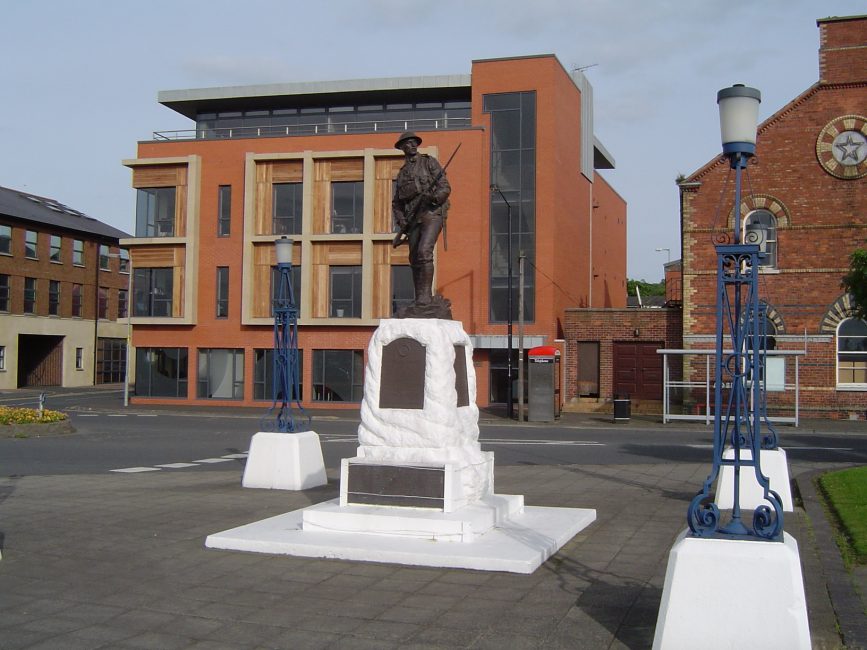 IN MEMORY OF THOSE HOLYWOOD DISTRICT

WHO MADE THE SUPREME SACRIFICE IN THE SECOND

Holywood War Memorial is in Redburn Square, just off the A2 road and facing Holywood Railway Station.

It consists of a statue of a soldier in “full kit” in the “on guard position” and is the work of Mr. L. S. Merrifield

It was unveiled in January 1922 by Mrs Dunlop of St. Helen’s, widow of the local General Practitioner, (doctor) whose eldest son was one of the first soldiers from Holywood to die in the Great War. At this time the surrounding area had still to be completed.

Several months later and before the dedication, the open space in which the monument stands was properly laid out and had been named Redburn Square, by the Urban Council in honour of Second Lieutenant John Spencer Dunville, V.C. second son of John and Violet Dunville, Redburn House, Holywood. Railings had been erected around the statute, and the space between the railings and the base of the pedestal covered with white quartz chips, which enhanced the pleasing effect of the scheme.

In Grateful Memory of the Men of Holywood and District who gave their lives in the Great War 1914 – 1918.

“Their name liveth for evermore.”

The magnificent memorial to the men of Holywood and district who fell in the Great War has now been completed, and the dedication ceremony was performed on Sunday morning [24th June 1923] by the Lord Bishop of Down and Connor and Dromore (Right Rev. Dr. Grierson) in the presence of a large concourse of people

Prior to the dedication ceremony a procession was marshalled at the Town Hall, and headed by the Holywood Stand­ard Band, marched to the site of the square, in the procession were the chairman of the Urban Council (Mr. D.  A. Fee, J.P.,) the vice-chairman (Mr. J. Jefferson, J.P.) and members and officials or the Council; members of the local branch of the British Legion under the command of Major R. F. M’Lean, the other officers bring Captain Allan Robin, Captain David Crichton, Lieutenant R. S. Jefferson, U.D.C., and Lieutenant H. P. Smyth. A detachment of the 1st Battalion Somerset Light Infantry was present under the command of the adjutant of the regiment, and there were also de­tachments of the Royal Ulster Constabulary (commanded by District-Inspector Nevin) and the Special Constabulary.

The Lord Bishop was attended by Rev. Canon Manning, M.C., as chaplain and the Rev. D. H.  Maconachie, B.D., assisted in the dedication service at which the Right Hon. Sir Dawson Bates, Minister for Home Affairs, and Mr. Charles C. Russell, M.A., L.L.B., (Australia) were amongst those present. Sir Robert Ken­nedy, K.C.M.G., was in charge of a party of Boy Scouts, and the Girl Guides paraded under Miss Patterson. The Masonic and Orange Orders were also represented as well as other local organisations.

After the dedication ceremony the impressive procedure of calling over the roll of the fallen was gone through, each name being answered by a beat of a muffled drum, and the buglers of the Somerset Light Infantry sounded the Last Post and subsequently the Reveille. 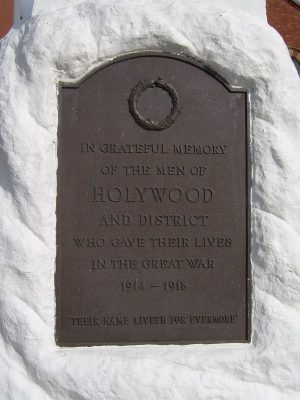 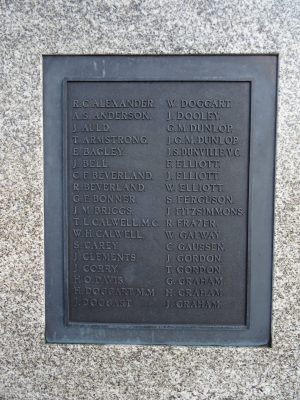 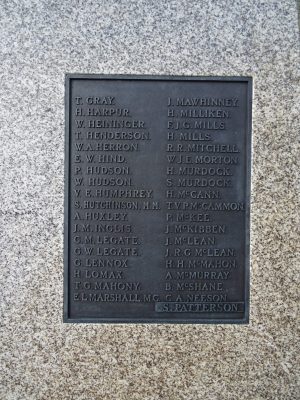 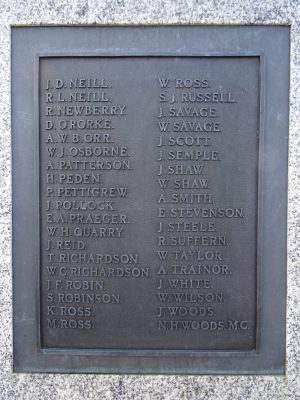