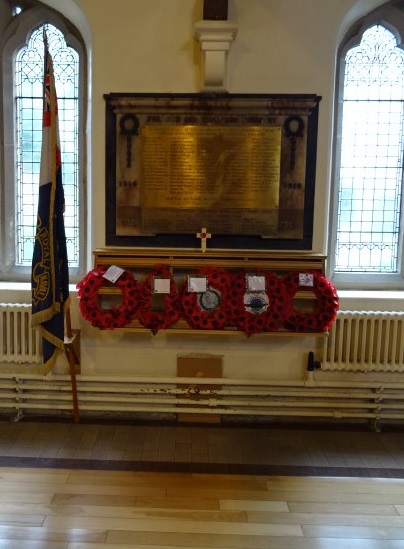 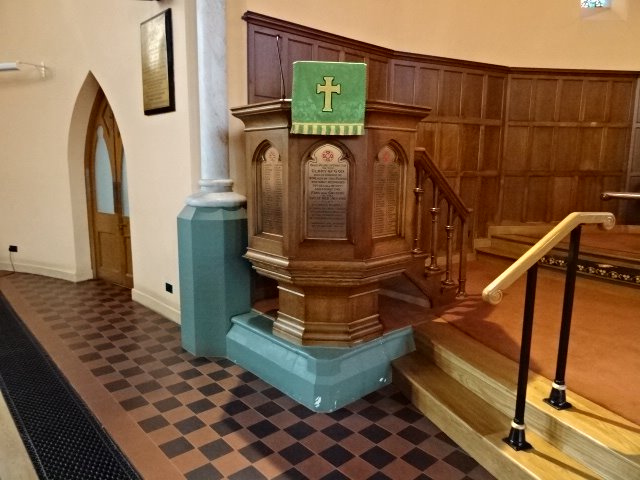 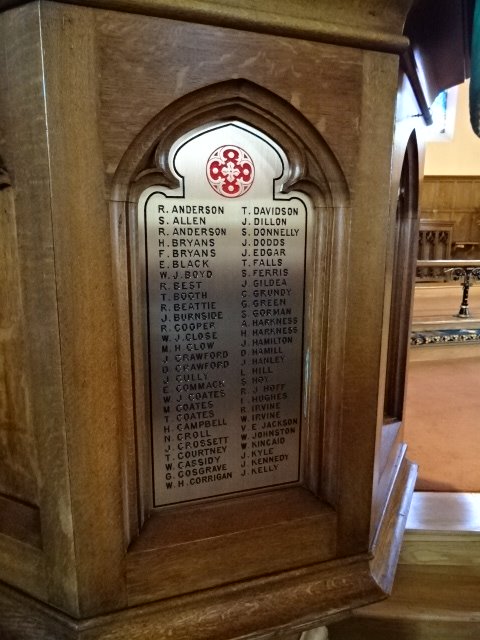 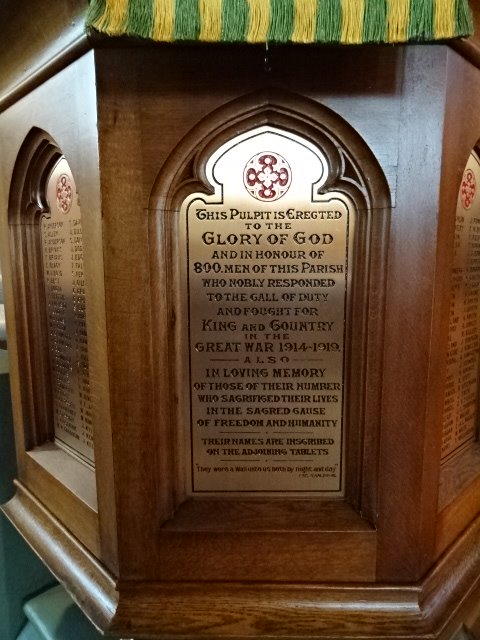 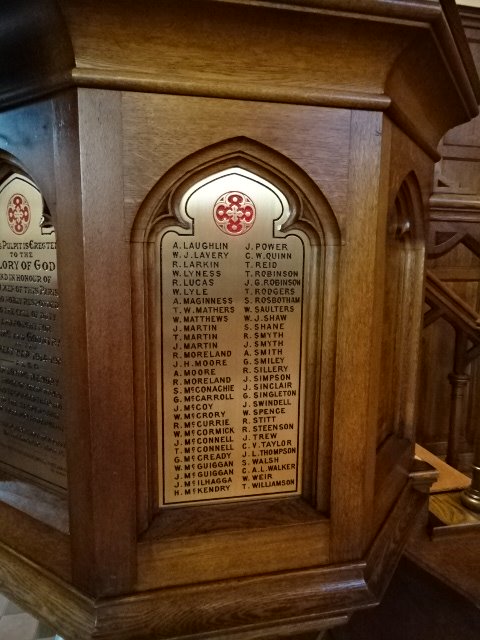 Special services were held in the St. Mary Magdalene Church, Belfast, yesterday in connection with the twentieth anniversary of the rebuilding of the church, and the dedication of a handsome tablet in memory of the men of church who fell in the great war. There were crowded congregations.  The dedication ceremony took place at the morning service.  Six hundred of the parish served in the Empire’s forces and eighty-three made the supreme sacrifice.  It is a proud record, and the memory of the dead perpetuated on the tablet memorial is a beautiful one. It has a background of exqui­sitely carved and polished marble. On the top are the words, “For God, and King, and country,” and on the base, in separate corners, the dates “1914-1918.”  Between the dates are two crossed swords and crown. Set in this marble framework is a brass slab containing the 83 names of the men who fell, and underneath is the inscription- “Until the day breaks and the shadows flee away,” and “Lest we forget.” The artists were Messrs Purdy & Millard.

The Names of the Honoured Dead are as above.

Mr. Thomas J. Wilson, rector’s churchwarden, unveiled the memorial at the request of the Bishop, who dedicated it. Four buglers of the 1st Com­pany Boys’ Brigade sounded “The Last Post,” and a verse of the National Anthem was sung.