This page contains two images, names of the fallen, background information and unveiling and dedication report s on two memorials. 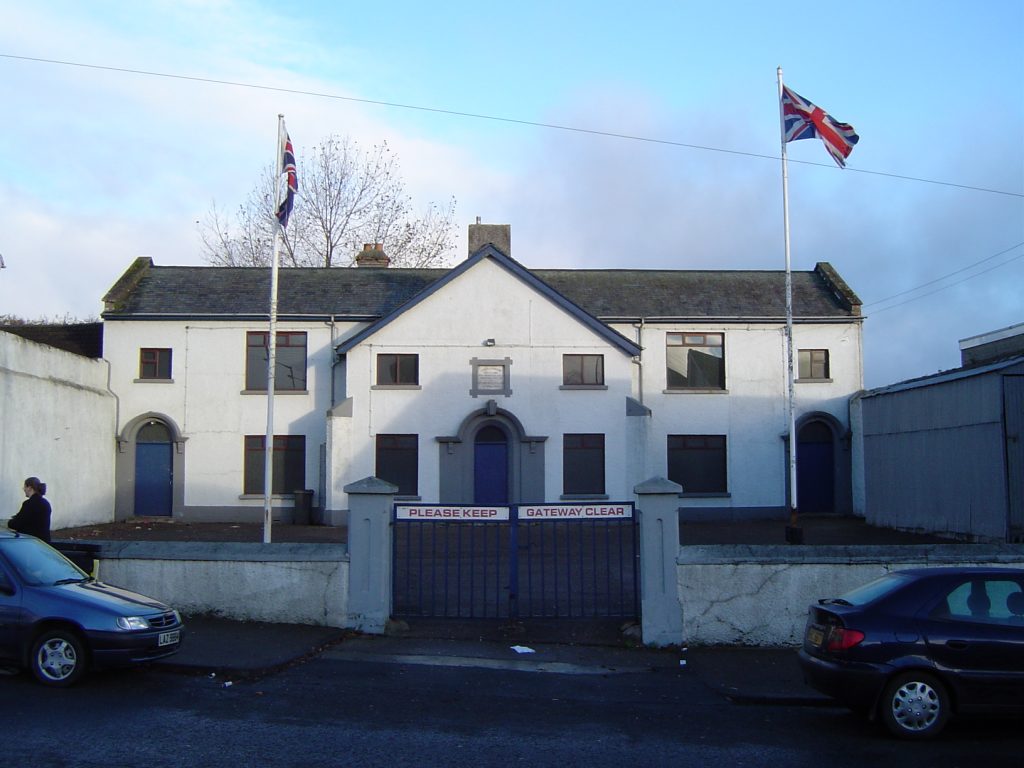 The idea, originated and being carried out by Mr. Alex Hueston of having the names of all the soldiers and war-workers from the village and district of Castledawson permanently pre­served for posterity in a realistic manner, was carried a step further during the past month, when an additional forty or more soldiers’ photos were made into lantern slides. These, together with those slides already made, were exhibited to a crowded audience in the Presby­terian old school, on Friday evening, a brief account of the family connections and war record of each being supplied by Rev. Robert Caldwell, B.A., Presbyterian minister.

An interesting account of his experiences as a Y.M.C.A. worker during five months’ with the troops in France, was given by Rev. W, T. Brownlee, Methodist minister; and his graphic word picture of the life and incidents of the war area, punctuating the ghastliness and horror of killing, was listened to with rapt attention. One of the greatest inspirations,”he con­cluded, “that it was possible for a Christian minister to experience, was to be out there assisting, to make life easier for our brave heroes, to whom the most sacred words in the language were “Home” and “Mother.” In a brief refe­rence to the Temperance question, he said that there was no drunkenness among our soldier Boys, who were sober, moral and cheerful defenders of the world’s civilization. (Applause.)

The excellent photos of Col. R. P. D. S. Chichester, Moyola Park, late Commander of the Y.C.Vs (invalided from France), and of Mrs. Chichester (recently created on Officer of the British Empire), were received with much applause, and brought the exhibition to a close. On the motion of Mr. Samuel Irwin, seconded by Mr. H. A. Macaulay, a hearty vote of thanks was passed to the Chairman; Rev. W. T. Brownlee, and the contributors, and the meeting terminated with the National Anthem.

It is to be noted that the foregoing soldiers do not constitute more than the half of the district’s contribution to the country’s forces, and it is to be hoped, that the co-operation of friends and relatives may enable Mr. Hueston to have the features and fame of every Castledawson soldier, whether Ulster or Irish Division, embalmed on a lantern slide for the benefit of future generations. It will be noticed that some of the families-notably the names of Hueston, Kelly and Leslie-have given every son to the army ; that the district has provided a large number of commissioned officers, and that its sons have proved their exceptional bravery in an army of heroes, as evidenced by the number of those decorated for valour or mentioned in despatches for out-standing deeds. In every British force, whether operating in France, Africa, Greece or Palestine, or upon the waters of the North Sea, there may be found Castledawson men, many of whom have come from foreign lands and every corner of Empire at duty’s call.

A public meeting, convened by Mrs Chichester, O.B.E. was held in Moyola Park Schoolrooms, Castledawson, on Tuesday evening 21st January 1919 for the purpose of discussing a proposed war memorial for Castledawson.

Mr A.L. Clark J.P. occupied the chair in the absence of Colonel R.P.D.S. Chichester D.L., who was absent through illness.

The Chairman, Mrs Chichester Mr. S.G. Davidson and others having spoken, a large and representative committee was appointed to set the project on foot.

Mr. S. G. Davidson was elected secretary to the committee. Mrs Chichester explained that it should be clearly understood that the townlands including Curran which constituted the Castledawson Red Cross collection district, constituted the district for the memorial. 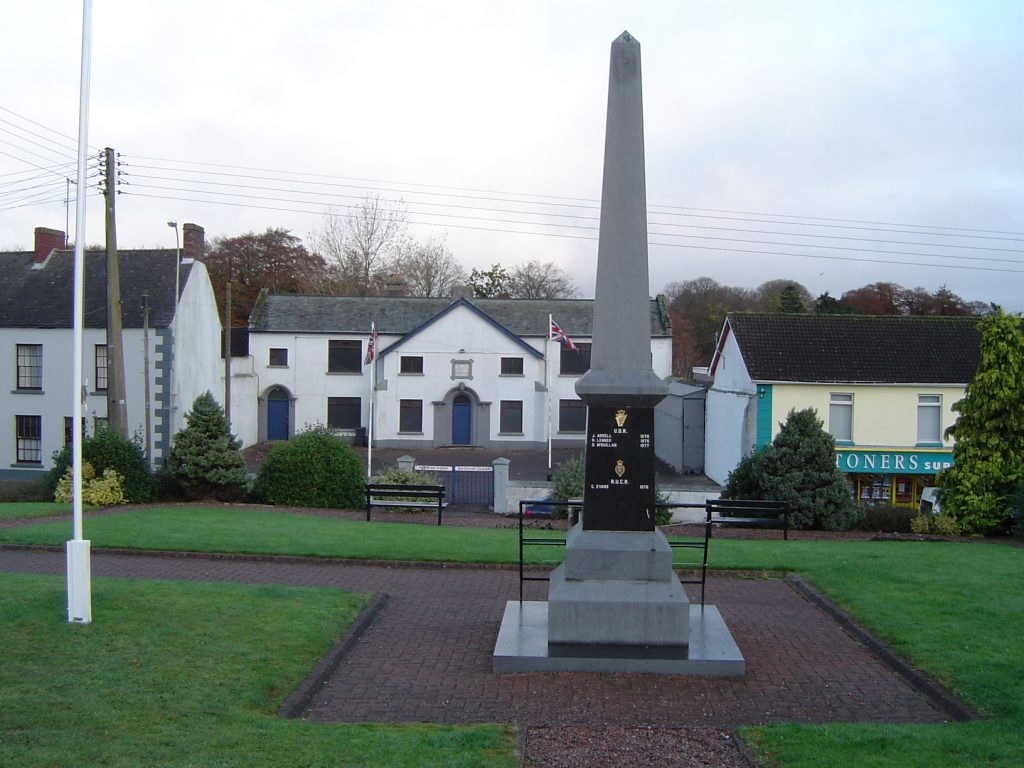 South Derry’s first and only outdoor war memorial was unveiled by World War One veteran Leslie Bell at a special dedication ceremony in Castledawson on Sunday. Branches of the Royal British Legion from all over the Province sent representatives to the event. Prior to the ceremony, members assembled on the Magherafelt Road before parading through the village led by the local flute band. It was to the area of land known as Bell Park that the parade made its way, the new memorial standing here in the shape of an obelisk bearing the names of those who had given their lives in two world wars and other conflicts.

Magherafelt Methodist minister Rev. Fred Munce, welcomed all to the service of dedication.

He said that they were gathered to recollect with gratitude the sacrifice rendered by so many in the service of their country and for the cause of justice and freedom. The hymn, ‘O God out help in Ages Past’ was followed by a bible reading from Rev. Fr. Christopher O’Bryne of Magherafelt parish. The Presbyterian Moderator Rev. Dr. Andrew Rodgers, then made a prayer for peace. A further Bible reading was given by the Royal British Legion area president Col. Sir Denis Faulkener. A petition was read by the newly elected Chairman of Magherafelt, Council Bertie Montgomery.

The rector of Christ Church in Castledawson Rev. Raymond Stewart then carried out the dedication. Everyone attending was welcomed to the parish hall for refreshments.

A few tears of remembrance were evident from the families of those whose names are inscribed on the memorial. Indeed, it is to the hard work and persistence of the local branch that the memorial now proudly stands. And the local council is to be congratulated on providing the ground and for the display of flowers that added to the splendour of this unique occasion.