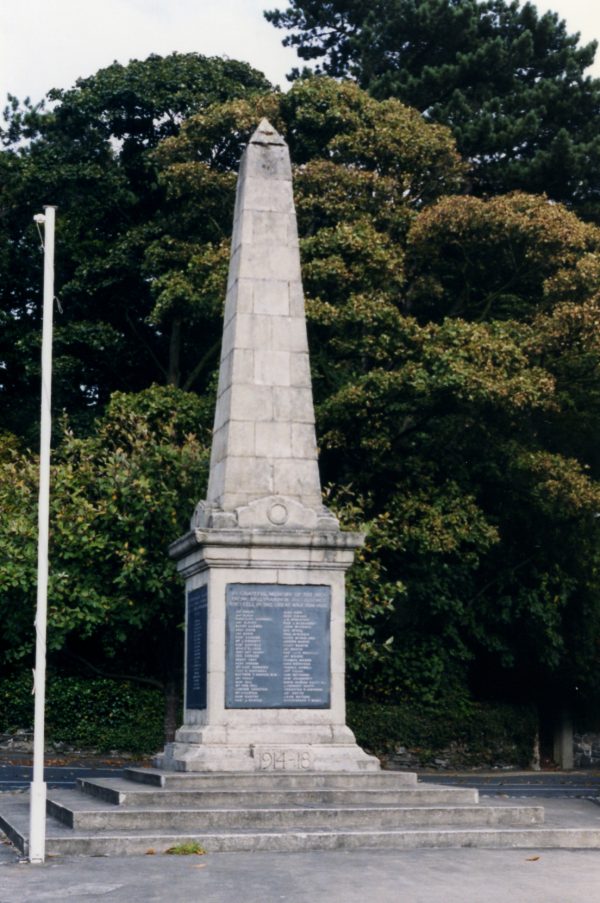 NAMES OF THE FALLEN

MEMORIAL UNVEILED BY BY GENERAL GIRDWOOD

Dedicated by Rev. Thomas Warwick, President of the local Branch of the British Legion.

Major-General E.S. Girdwood, C.B., commander of the Northern Ireland Army district, on Sunday afternoon, in unveiling Ballynahinch war memorial (already described in our columns), said that it had been his proud privilege to have men from his native Ulster under his command in Gallipoli, in Palestine, and in France. During all those four and a half long years of trial they gave of their best in every theatre of the war and nobly upheld the honour of the province. Nearly 800 men joined up from Ballynahinch district, one ever imbued with a spirit of loyalty and patriotism.

To the younger generation (he continued) should be handed on, for guidance and for warning, the experience of their elders. Let them be taught, lest some day they may have to pay the well-nigh ruinous price that we did in suffering and sorrow. The great need of the world to-day is mutual understanding among the peoples. May our great Empire show the road to honest accord, good­will and peace!

The influence of a shrine attunes our hearts to religious impulse. So, as we contemplate this cenotaph, we feel uplifted towards communion with those on whose hallowed memory our minds now dwelt. Their graves are not here; their souls are in God’s keeping. But we may believe that they are in spiritual touch with us to-day. The empty tomb round which we are standing may symbolize a tomb which broken-hearted mourners found vacant nearly 2,000 years ago. To that tomb they went in despair, but they came away with a sure and certain hope. For on that morning was given to them, and through them to all the world, the revelation that death’s dread portal is in truth the gate to eternal life.

The Ballynahinch ex-servicemen, joined by comrades from other towns were paraded by Colonel Berry. They were inspected and greeted by the Major General, who also inspected a R.U.C, contingent. Scouts and Guides marched in the com­bined procession to the Diamond, led by the band of the 2nd Battalion North Staffordshire Regiment. Among those present were the Countess of Clanwilliam, Mr. D.D, Reid, M.P., and Colonel Gordon, M.P.

Revs. T. Warwick, president of the local brand British Logion, T. M’Creight, and N. Huston took part in the service.   After the dedicatory prayer Col. Berry spoke Laurence Binyon’s lines, ‘They shall not grow old as we that are left grow old.’ The Last Post and Reveille were sounded by bugle and wreaths were laid.

The Memorial, of reconstructed Portland stone is in the form of an obelisk, 27 feet high, with base four and a half feet square. It has a moulded top and recessed panels, one of which bears the names of the 50 dead.  The whole rises from broad concrete steps, and will later be enclosed by pillars and chains.

A marble tablet with the names of seven who fell and eighteen who served in the war was unveiled in Ballynahinch Second Presbyterian Church by Mrs. R.G. Milling. The predecessor of Rev. F. Wilson, the present pastor, viz., Rev., S. H. Moore, of Moneymore, said the dedicator prayer and preached from Deuteronomy iv., 23 ‘Lest ye Forget.’ 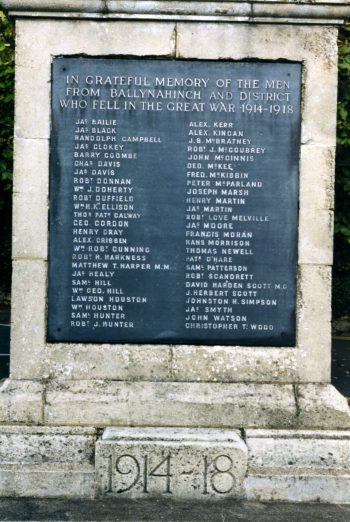 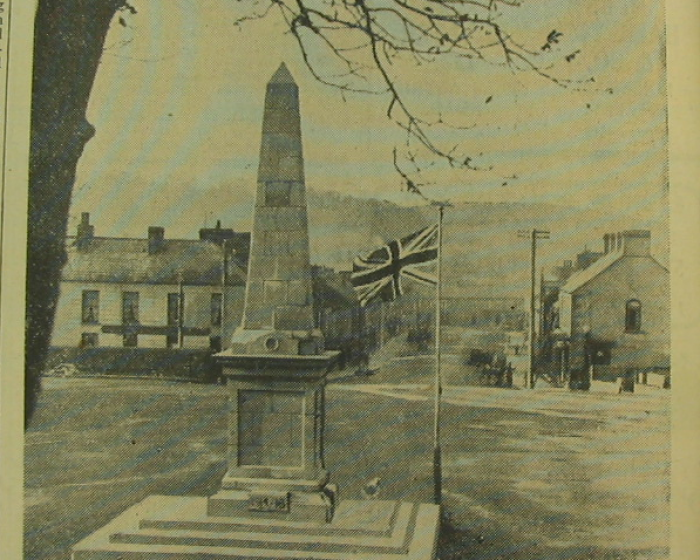