This page contains four images, the names of THE FALLEN and a report on the unveiling and dedication ceremony. Additional images available on request to uwms@outlook.com 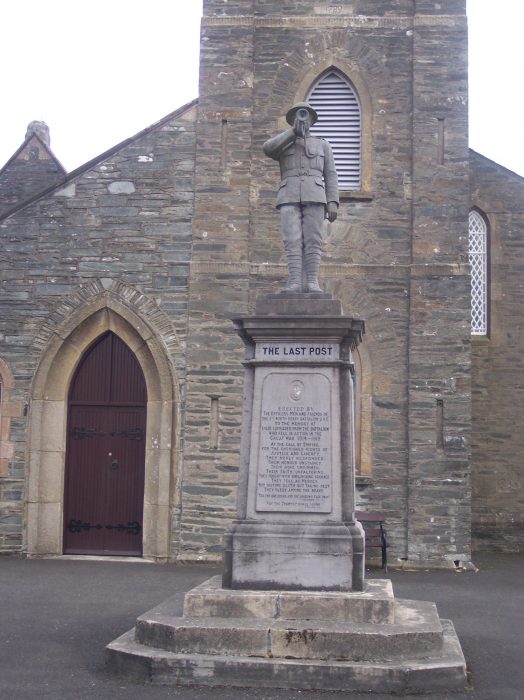 Few more striking or appropriate mem­orials to fallen soldiers have been erected than that which was unveiled and dedicat­ed on Sunday afternoon at Glendermott Parish Church. It differs from nearly all other memorials in the district, not only in regard to design, but also in that it is not strictly connected with any single church congregation. The idea underly­ing this tangible expression of reverent affection for the dead was to do honour to the memory of all the men associated with the North Derry U.V.F., who fought and fell in the great war.  All Protestant denominations are, therefore, united in the roll of honour, and the names, cut clearly in stone, will stand as an endur­ing testimony to the heretic conduct of the North Derry   Volunteers, of whom seventy-seven made the supreme sacrifice. The memorial has been erected in the grounds of the church. It represents a bugler, steel-helmeted and uniformed, standing beside a tree stump and sounding “The Last Post.” The figure, which is about six feet high, if set on a pedestal, which measures eight feet from the base to the top. The memorial is cut in Irish limestone procured in Wicklow, and the whole workmanship is excellent, the en­tire cost being £500. On the side of the pedestal, underneath the trumpeter, is the Red Hand of Ulster, and then the following inscription: –

“The Last Post.” Erected by the officers, men and friends, 1st North Derry Battalion U.V.F., to the memory of their comrades from the battalion who fell in action in the great war, 1914-1919.

At the call of Empire for the cherished rights of justice and liberty, they nobly responded. Their honour unstained, their hope undimmed, their faith un­faltering, they fought with unflinching courage. They fell as heroes, not tasting death, but taking rest, they sleep among the brave. ‘’Till the day break and the shadows flee away.’ (Solomon ii. 17). ‘For the trumpet shall sound.’ (1 Cor, xv. 52).”

An interesting service in the church preceded the dedication of the memorial. One of its special features was the music of the 1st Dorset Regiment Band.

Following the service the clergy and congregation assembled near the memorial which was unveiled by Colonel Beresford-Ash, who paid a glowing tribute to the men of that district, whose record in the war, he said, had evoked the greatest admiration.

The Colonel having read the names of the fallen, the “Last Post” was sounded, and the memorial was dedicated by the Lord Bishop. Buglers then sounded “The Reveille.”

Rolls of honour are to be erected in the various churches of the district. 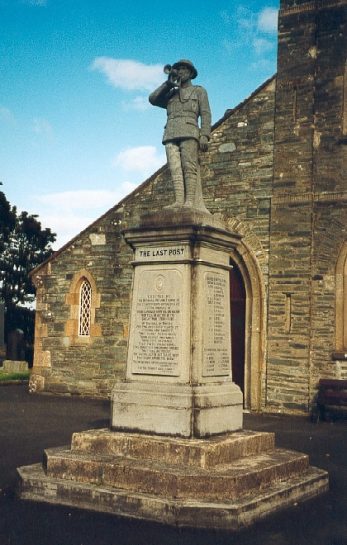 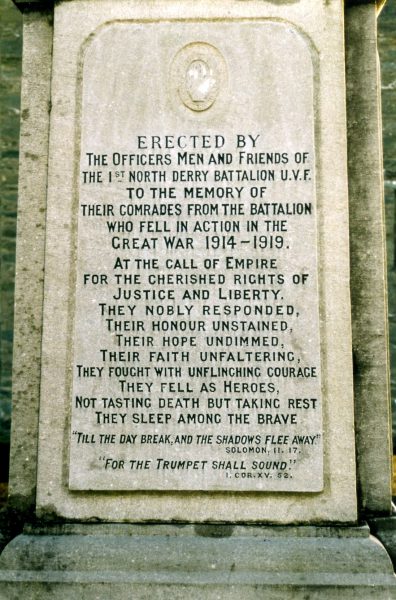 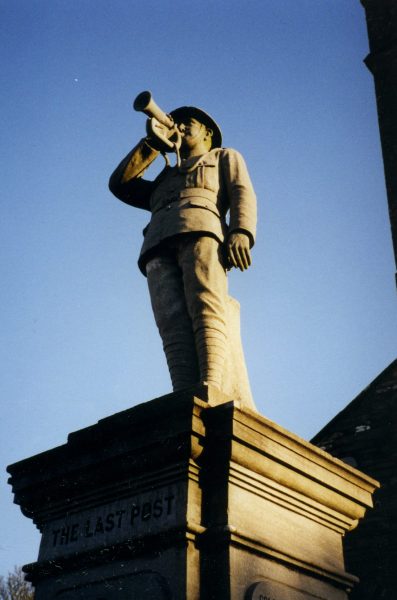